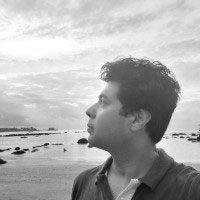 Paresh is a TEDx Speaker, Guest Columnist at The Indian Economist, mentor at CIIE SRCC, Startup Oasis, Narsee Monjee, IITs, and other mentor networks, and an eminent speaker at various institutes.
Paresh has mentored and advised some of the top-rated startups in India. He is the Founder of Neos Angels Network, CEO of My Career Architects, City Director Founder Institute (Silicon Valley), and Country Lead for Headstart Network -the largest network of early-stage startups in India. He has mentored over 10,000 people in the last 3 years with a huge fan list.
He is an alumnus of Sri Ram College of Commerce, a first attempt Chartered Accountant, and an MBA from London School of Business and Finance. Trained financial modeler from Operis UK, rated amongst the top 20 credit research analyst teams in Europe. Over 13 years of experience across Asia, Middle East, Europe, and USA with some of the most reputed names like PricewaterhouseCoopers, HSBC, Adventity Global Services (now Sutherland Plc), and Keypoint Consulting Bahrain (Ernst and Young offshoot).
Returned back to India in 2011 to start his entrepreneurial journey and founded 3 times national award-winning company SHArP Edge Learning. Also runs a real estate and mining business and acts as a consultant to top-rated companies like Adani, JSW, CRISIL, L&S, and others. He loves playing sitar, singing, and cooking in his free time.