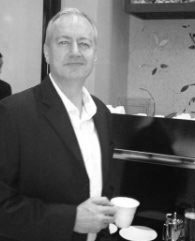 Bruce Moulin, co-founder of GotIt, talks to Startup-O Stars about the biggest passion that underpins all his entrepreneurial initiatives.

Every entrepreneur has something that makes them tick – for Bruce Moulin, the co-founder of GotIt, it is his connection with people. The fact that no senior employee has left Got It in over 4 years of operation, bears testimony to this fact. As importantly, every senior leader at Got It has been promoted from within.

His passion is further reflected in every aspect of his business, from partnerships and alliances, to company culture, and even his own learning style.

Bruce’s corporate journey took him to Vietnam 12 years ago, a place that he is now happy to call home. He humbly refers to himself as a “learning” entrepreneur, and in addition to GotIt, he is immersed in several other interests and investments.

Having brought dozens of luxury and mid-tier international brands into the country in his prior role, Bruce experienced first-hand the exciting growth in Vietnam’s retail economy. He was drawn to the opportunities that it presented and sought to deepen his involvement in the sector. Four years ago, the GotIt concept presented itself to him, and he knew very soon after that the time and idea were right.

GotIt, launched a year thereafter, “failed fast,” as Bruce says, of a very early pivot. This pivot took them from the consumer-to-consumer retail gifting world to a B2B model where their clients are corporates who use GotIt’s services for gifting or rewarding their employees.

What’s in his DNA informs his strategy

As an entrepreneur, investor and mentor, he firmly believes that “an average product with a great team behind it is more likely to succeed than a great product backed by an average team.” In addition to GotIt, Bruce himself is a mentor and supports budding entrepreneurs in his own time – in this regard, he says he enjoys investing in people rather than businesses.

From the very nascency of his career, Bruce’s development and passion have been driven by soft skills. As such, his deep relationships with clients and vendors drive many of his strategic initiatives.

Although GotIt’s core business is a gift voucher at heart, they have layered more products into this mix, almost all as a result of close interactions with key clients. These clients include large, blue-chip FMCG names that have partnered GotIt. Bruce points out that another benefit of such close relationships with clients is the availability of a big-picture strategic perspective. This allows for new avenues of forward-thinking and helps them to integrate useful new initiatives.

Today, Bruce spends 18 hours a day with his sleeves rolled up for GotIt. He attributes the growth of this business to having the right people and relationships, supporting a product that is relevant.

“An average product with a great team behind it is more likely to succeed than a great product backed by an average team." 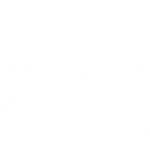 Benefits of a virtuous cycle of learning and connection

“Learning curves happen every day,” Bruce says, of the need to constantly evolve and innovate in the startup world. Like most entrepreneurs, he is keenly aware of gaps in his skillset, in his case, the technology end of his business. Although he is not directly involved in the back-end technology aspect of GotIt, he oversees the team and has had to learn enough to be an effective manager to his team and other stakeholders. He now refers to himself as “a tech guy with learner-plates.”

His learning style is typical of a peoples’ person. Rather than through books and study, he learns from communication with stakeholders, from their feedback and via the sharing of ideas. Having built a varied and rich work-life borne out of genuine interest, he enjoys interacting closely with shareholders, clients, investees and mentees, and his team. These interactions and dialogues are the real-life sources of his learning, growth and inspiration. 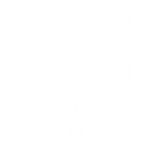 Bruce’s hiring style, he believes, sets him apart, in that he is extremely selective in his hires. He conducts a dialogue-based interview where he makes an effort to put a candidate at ease to enable a genuine two-way conversation.

“I look for the right attitude, a can-do spirit, and a good overall fit within our current structure,” he says, explaining the need to be selective. “Ours is a rapidly growing business,” he says, “and our people must be able to adapt under pressure.” While there is no magic formula for making the right hires, he does so based on experience and gut instinct.

His current challenge in this regard is scaling up hiring in a rapid growth environment, where the pressures of time and volumes supersede the ability to ramp up gradually and with caution.

It is a testimony to his hiring and management style that not a single employee has left the company, in its three years of operating in a fast-growing market. Of his leadership style, Bruce says that because he is selective in the hiring process, he is then able to delegate effectively as he can place a great deal of trust in his team.

"I look for the right attitude, a can-do spirit, and a good overall fit within our current structure."

Elements of great top-down culture in a young business

What sets Bruce apart from many entrepreneurs is his genuine care for his team, and his wish to play a pivotal role in their development.

For example, Bruce encourages his team to regularly update their skills via online education, that is paid for by GotIt. Risk and security are critical aspects of their business, as is the technological backbone of running an online gift voucher business, and in recognition of this complexity, GotIt ensures that its team is well equipped and supported to cope.

Another hallmark of working at GotIt is the frequent rewards and recognitions for jobs done well. The team has chat groups that are used to discuss and celebrate wins, and a stars system is in place for employees to work towards rewards. The work calendar is well-populated with events for team bonding, and the office atmosphere is open and positive.

"Ours is a rapidly growing business and our people must be able to adapt under pressure." 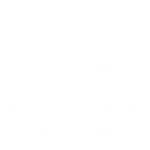 The happiest consequence of happy teams

“If my people are coming to work happy, comfortable and motivated,” says Bruce, “that is the foundation for success.” As such, his goal is to see his team grow with the company, taking on ever more senior roles and responsibilities. He is driven by his wish to reward the quality that he has and looks forward to seeing his hires enjoying the fruits of their efforts.

He sees his own personal success in having hired and built a solid team of motivated achievers and placing his trust and support in them. In fact, he is at his happiest when he is working with people to solve problems.

This philosophy is supported by a recent study by Glassdoor Economic Research that compared decades of employee-satisfaction data from Glassdoor with customer-satisfaction scores. The study showed an obvious positive correlation between the two, indicating that employee morale is a strong factor in promoting customer-centricity. In other words, a perfect win-win formula emerges when teams are well motivated and supported.

Bruce’s suggestion for new entrepreneurs is that they surround themselves with the right people, and take their time building the right team as it is a key factor for success. Having done the critical groundwork, his advice is simple: “go for it.”

"If my people are coming to work happy, comfortable and motivated, that is the foundation for success." 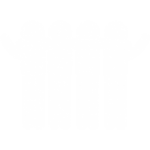 The story of an entrepreneur who is driven by connection

The key difference between entrepreneurship and the corporate world is that the emphasis on conformity is far lower in the former. Outside the corporate environment, Bruce sees many more avenues for innovation, and he has embraced several such opportunities with enthusiasm backed by passion. Interestingly it took him almost 3 years to arrive at this new entrepreneurial mindset, but he is happy to have deep-dived into initiatives that make an impact on the startup landscape in Vietnam.

However, in spite of the steep learning curve and the relentless march of ever-new technologies, Bruce remains true to his foundation – that of a peoples’ person. This informs almost every aspect of how his business is run – from his relationship with his co-founder, vendors, clients and shareholders, to the company culture at GotIt.

Further, his ability to connect with people accords him the versatility to take hands-on roles across initiatives such as mentoring, investing, and other lines of business. Watch this space as Bruce blazes a trail with his cohort of well-chosen people, behind whom he throws his support.