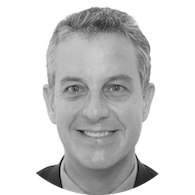 During his career, Pat Markey has over thirty (30+) years’ of experience in the Global Energy and Mining sectors. Give (5) years ago, he started his own Advisory/Consulting business in Singapore, Sierra Vista Resources Pte. Ltd., which specializes in serving the Commodity industry in a variety of different roles: Contract Preparation, Risk Management, Fundamental Analysis, Business Structuring, and other business services. In addition, Pat served as the Executive General Manager of Marketing and a member of the Executive Management Committee for Whitehaven Coal Limited (ASX: WHC) from 2012 to 2014, which is an ASX 100 listed Coal Company based in Sydney, Australia.

From 2004 to 2012, he worked as the Chief Operations Officer (COO) for Global Coal Limited (globalCOAL), a London based company promoting the commoditization of coal along with the development of risk management products. Also, Pat began his career at Global Coal Limited in London in 2002 and established the companies’ first presence in Asia (Singapore) in 2003. While at globalCOAL, Pat had the opportunity to help develop two Over-the-Counter (OTC) exchanges (Global Coal Limited and Global Ore Pte. Ltd.), which are both involved in the international trade of commodities.

Prior to globalCOAL, Pat worked in the commodity trading group for Enron Capital & Trade Resources from 1999 to 2002 both in the United States and Singapore, including developing the first electronic trade of Refined Products and Crude Oil on Enron’s proprietary electronic trading platform (EnronOnline). Pat began his career with Conoco Inc. in 1987 and worked in a wide variety of roles including the following areas: Strategic Planning, Supply and Trading, Engineering, and Internal Consulting.

During Pat’s career, he has managed international teams in multiple countries in the commodity industry.

Pat graduated with a Bachelors in Science in Mechanical Engineering from Oklahoma State University in 1987 and an M.B.A. from the University of North Carolina’s Kenan-Flagler Business School in 1999.

In addition to his current role, Pat is currently serving as an Advisory Board Member, a Mentor, an Angel Investor in various businesses within the startup ecosystem.